We’re pleased to let you know that we’ve contracted Russian Jazz saxophonist Nick Vintskevich for his upcoming album „Never Was A Doubt“.

Nick is the son of the Russian Jazz legend Leonid Vintskevich and has worked together with Lionel Hampton, Bill Champlin, Slide Hampton und Kenny Barron. In 2011 he published his first solo album „Vive l’Amour“. The title song – authored and performed by Kim Nazaran – was particularly successful in the US, where it got a lot of airplay. In 2014, Nick was the runner-up in the Internet Jazz Competition „Made in NYC“.

The artist’s latest album “Never Was A Doubt” will be released through NiRo Sounds on March 27th. Prior to the album release, we’ll pubish the title song “Never Was A Doubt”, sung von Bill Champlin (former Chicago) through radio stations on January 28th. 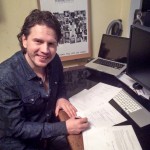 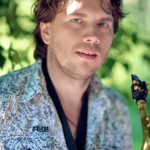 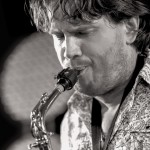