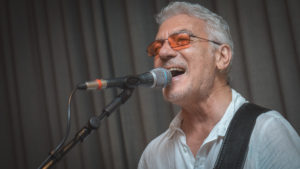 Edoardo (Edo) Leonardi grew up musically in Italy, where he performed in front of large audiences with famous acts such as Marcella Bella or members of Formula 3. After settling in Switzerland, he appeared in live TV shows with Chris de Burgh and Laura Pausini, among others, and was one of the background singers of Celine Dion. For years he has also collaborated with his friend and fellow musician Lele Esposti in live performances and for studio productions. 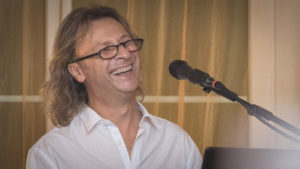 Emanuele (Lele) Esposti is a keyboardist, singer, composer and arranger. From a young age, the professional musician was drawn abroad. He toured Europe and collaborated with musicians and artists of different musical genres, including international acts such as Donna Summer, Mick Hucknall of Simply Red or Leona Lewis. For years he has also collaborated with his friend and fellow musician Edo Leonardi in live performances and in his own compositions.