Urs Wiesendanger is a producer, drummer, pianist, keyboarder, and singer. His latest album Breakfast in Paris is an homage to his personal Westcoast Pop heroes of the 80s and 90s. It is released by NiRo Music in May 2018. 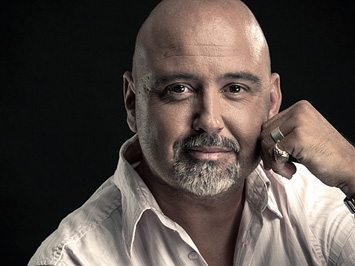 Urs Wiesendanger (*1969) started to play the piano at the age of 3 and, later on, worked with his teacher Pierre Favre towards a career as a Jazz drummer. When he was 12 years old he went on tour with the Big Band of the Swiss national TV and started performing in exclusive Swiss Jazz clubs together with his older brother, Jazz pianist Chris Wiesendanger.

At the age of 15, Urs wrote his first Pop songs and started producing. Today, the drummer, pianist, keyboarder and singer is considered to be one of the most talented arrangers and producers in Europe. In his home studio (Powerplay Studios) he works for well-known Swiss musicians like DJ Bobo, Nubya or Carmen Fenk as well as for the Swiss national TV. In the US he regularly collaborates with renowned artists such as Jeff Lorber, Dave Koz, Warren Hill, Mickey Petralia, John Robinson, Chris Camozzi, Michael Landau, Dean Parks, Ruth Mixter and the late Warren Wiebe.

Breakfast in Paris is Urs Wiesendanger’s sixth solo album after I Will (1985), The Real Me (1998), Somebody New (2005), Unreleased Tracks (2015), and A Tribute to the King (2017). The album is an homage to the Westcoast Pop of the 80s and 90s and includes originals by Urs Wiesendanger and Bruno Amatruda as well as a track specially written for the occasion by Jay Graydon & Don Breithaupt. It was produced and arranged by Urs Wiesendanger in the Powerplay Studios in Maur/Switzerland.