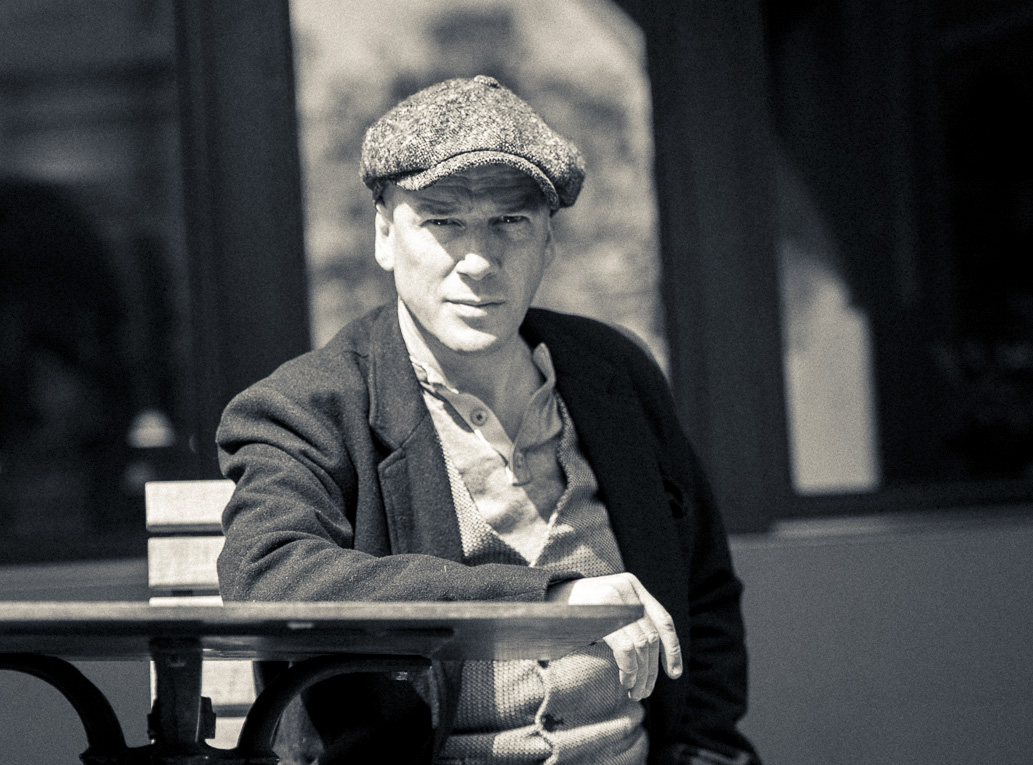 Mario Capitanio was born in 1964. The first guitar he ever played was his mother’s: the latter, rather than enrolling her son in his desired karate class, spontaneously decided to sign him up for guitar lessons instead. The spark of inspiration caught on and soon, under his influence, the class was practicing a variety of Elvis songs instead of popular folk songs. While Mario Capitanio completed his training as waiter and later as restaurateur, and his talent for drawing cartoons led to the publication of a book in 2011 by a well-known publishing house in the Swiss capital, the nephew of a Sicilian opera singer knew all along that he would become a professional musician.

Musical Projects
Mario Capitanio is best known as the guitar player for Polo Hofer, with whom he toured for 12 years and recorded four albums on which he also collaborated as a songwriter. He also toured with Florian Ast and played guitar on three of his albums. Additionally, he was a sideman in numerous live and studio projects by artists such as Toni Vescoli, Ivo, Root 66, Stefania Kaye, and Trauffer. Mario Capitanio founded several of his own bands, including Lizard Kings, Tuff Stuff, and The Magic Five, and produced the girl band Stereobabies. He stayed true to his idols of swing, blues, and rock ‘n’ roll, and paid tribute to Jimi Hendrix in 1994 with a project called “Vo Jimi bis Hendrix”.

Album Capitanio
With his album Capitanio, the singer/songwriter Mario Capitanio takes centre stage for the first time. A great deal of diligence and care went into the dialect pop-rock album by the artist: his songs had to work not only on a musical level, their lyrics had to be both thought-provoking as well as chuckle-inducing. In dealing with two of his favourite themes, wanderlust and love, it does not matter if the subject is leaving, losing love, or being in love – a wink is always a part of the work by Mario Capitanio. Because it is important to take yourself and life seriously, but not too seriously.

The album Capitanio was recorded in the Backyard Studio and the Kreaton Studio in Berne and produced by Mario Capitanio. Other participating musicians included Maik Ast, H.P. Brüggemann, Bruno Dietrich, and Thomas Knuchel. Capitanio will be released April 2017 by NiRo Music. The single track Egypter (Egyptian) will be available at the beginning of March 2017.