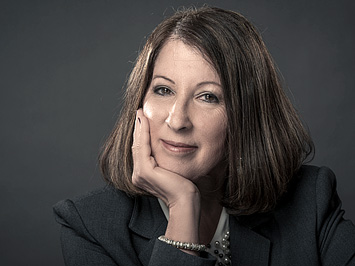 Jeri Lynne has been involved in the music business for over 40 years. She began her professional commercial music career at age 10 singing children’s songs and commercial jingles for television and radio. She has honed her skills through the years in television, film, and radio work, also doing regional and national commercials from Disney to the voice of “Polly Pocket”. She was the primary voice for TV Station ID’s, and a well known voice doing voice-overs and station ID’s for Los Angeles based radio stations KMET, KLOS, KROQ in Los Angeles, CA. For many years she was a featured voice on such television shows as Hill St. Blues, Remington Steele, Murphy Brown, Golden Girls, and many others.

Also to her credit are many facets of the music business from Live performance and recording as vocalist, keyboardist, vocal contractor for vocal background sessions, to the business of Artist development and management, publicist, tour manager and tour routing. As an artist, her credits also include Songwriter/Composer, Arranger, Producer, Musical Director, and private Vocal Coach. Some of her students have included famed choreographer Toni Basil (“Hey Mickey”), Whoopi Goldberg, and many others.

Jeri Lynne is no stranger to performing with some of the most legendary entertainers of our time. She was the second chair keyboardist/synthesizer player with The Righteous Brothers for 14 years, in addition to working with “Legendary Queen of Las Vegas” Keely Smith (wife of famed Louis Prima). She is also featured in a duet with the late Warren Wiebe for Swiss producer Urs Wiesendanger on a track called “Another Chance For Love”.

A Track Sample of Jeri from our Niro Sounds Edition Catalogue: