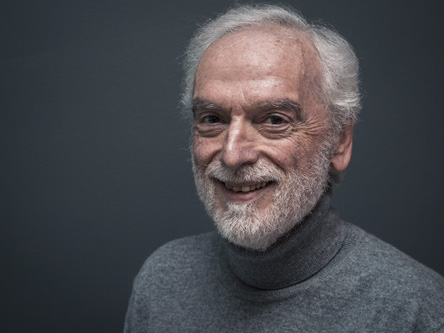 Renato Anselmi started piano lessons with Margrit Rederer and at the Konservatorium Zürich school of music at the age of seven. In 1958, he took part in the Zurich Amateur Jazz Festival; between 1959 and 1962, he was a member of the Remo Rau Quartet, with whom he also performed at Cafe Africana and numerous festivals.

Renato has been working as a professional musician, arranger and composer since 1966. He played together with his ensemble at the Zurich Jazz Festival in both 1967 and 1968. He was a member of the Pepe Lienhard sextet from 1969 to 1970. He then set up jazz rock band ‘Paecock’ (with Fernando Vicencio), from which he then formed ‘Peacock Party Band’, which still exists today; he also accompanies Bill Ramsey.

Over the next few years, he performed with groups ‘Revenge’ (with Kurt Weil), ‘Emphasis’ (with Pierre Cavalli), ‘Flute Circle’ (with Fernando Vicencio) and ‘Isolierband’ (with Bruno Spoerri). He also accompanied Eddie Daniels (1983) as well as Harvey Mason, Kirk Whalum and Alphonso Johnson (1986) and was a member of the DRS Jazz Quartet (Swiss radio station).
Anselmi also composed for film (Die Magd (1976), Lisi and the General (1986)) and produced relaxation music.