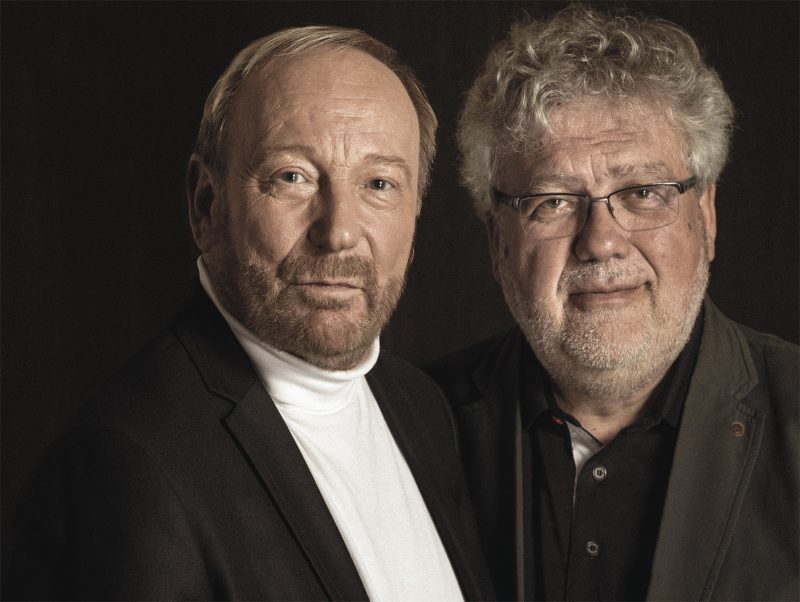 Otto Georg Linsi
Otto Georg Linsi (*Berne, 1956) studied singing in Zurich, Paris and Milan. After attending the Zurich Opera, he continued his career with Glenys Linos in Zurich and Vienna, and with Elisabeth Züblin Tymoshenko in Zurich and Kiev. His repertoire includes baritone and bass roles from the great oratorios from Bach to Britten, as well as Concert Orchestra and Chamber music works. The three-octave range of his voice allows him to go into the dramatic tenor, and he interprets German songs, Italian bel canto, as well as witty-frivolous chansons. His extensive concert and opera activities led Otto Georg Linsi mainly to France and the rest of Europe, the National Philharmonic of Ukraine and the National Academy of Music in Kiev. Otto Georg Linsi has recorded several CDs and regularly performs on radio and on television.

Andres Joho
The pianist and conductor Andres Joho (*Zurich, 1951) studied at the Musikhochschule Zürich (piano and orchestra conductor training) with Amadeus Schwarzkopf and Ferdinand Leitner. As a ballet conductor, he worked with Heinz Spoerli in Basel for many years and in this capacity took various Spoerli ballet productions on world tours. Andres Joho was the first Conductor at the Stadttheater in Klagenfurt and at the Ensemble Theater in Biel-Solothurn. He was musical director of the Aargau Music Theater and at the Bern Atelier-Theater as well as conductor at the Berlin Schillertheater, with the Biel orchestra and the Stadttheater Bern. In 1990, Andres Joho composed the children’s musical “Di chli Häx” on behalf of the Zürich Opernhaus; Further composition work followed. Andres Joho is mainly concerned with contemporary music; He is a chamber music partner and a composer and performs with cabaret ensembles.