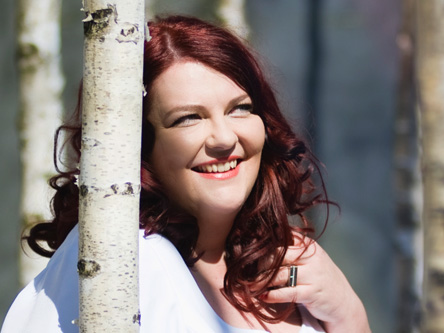 Maja Remensberger is an accomplished singer, songwriter, and pianist. She has performed both as a soloist and guest artist, and also works as a studio musician. The ballads on her debut album “Still It Goes” are her own compositions and reflect elements of jazz, pop, and soul.

The native of Aarau, Switzerland comes from a musical family: her father studied at the Conservatory and passed his passion for music on to Maja and her brother. At the age of six, Maja took her first piano lesson, and she continued to do so until her adult years. Later, she also signed up for singing lessons; she then appeared as a back-up vocalist in various bands, and ultimately performed as a lead singer.

Maja Remensberger has performed as a soloist and guest artist in various acts. To this day, she is inspired by the famous voices of the 80’s and 90’s: Whitney Houston, Celine Dion, Barbra Streisand, Natalie Cole – and the compositions of singers/pianists like Elton John and Billy Joel. Her repertoire includes pop, soul, jazz, and gospel songs. During the past few years, she was on tour twice with a gospel band in Switzerland. In addition, the popular back-up vocalist participates in many studio productions.

As a singer-songwriter, Maja Remensberger composes and writes her own songs. They always start with inspirational content: something she saw or read, something someone told her, a major life event, or an everyday occurrence. When she is emotionally moved, she sits down at the piano. There, she tries to gather her thoughts into a story, then to incorporate the story into a composition, and to pass it on in the form of music. This is how she creates subtle ballads that feature elements of jazz, pop, and soul. With her expressive voice, Maja brings out every nuance of a song.

The debut album by Maja Remensberger is titled “Still It Goes” and includes eight of her own compositions as well as other songs. They were arranged by Michele Bonivento. The album was produced by Andrea Valfrè at the Magister Recording Area Studio in Venice. Marco Lincetto was responsible for mastering.